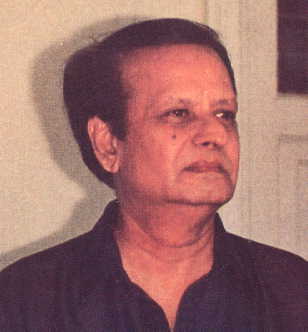 I could not rescue him from the clutches of that nymphomaniac and vampire. There may be an exception or two but an average Indian woman desires from the depths of her soul that her husband should live long and she should pass away before him. She performs prayers and fasts on auspicious days for this purpose. She in spite of being 3years elder to him did away with my father in a planned and premeditated manner and I was a silent and helpless witness to it. He suffered 1st Heart attack in November 1997. Cardiologists performed angiogram and advised open heart surgery. Because there were blocks in vessels and one valve was damaged. But she successfully thwarted it and without my knowledge or informing any one got angioplasty done in Mediciti (Hyderabad: AP; India) her plan was to do away with him and live long, and establish herself as his wife through his books. He was succumbing to her blackmail. My overwhelming hunch is that she was threatening him with social insult and humiliation if he parts ways with her. Between 1997-2007, she played football with his body. He used to be hospitalized every now and then with swollen body and heart pain. Because of damaged valve pumping was impaired and water used to accumulate in the system. Every time I used to force her to hospitalize him. He used be in ICCU for a couple of days and recover marginally. After each visit to hospital he was getting debilitated gradually. He was put on wheel chair. He was virtually under house arrest. He was not allowed to speak to friends and family members. Visitors were kept away. He was taking Lasix (Tablet: is a diuretic that is used to treat fluid accumulation, caused by heart failure, cirrhosis, chronic kidney failure, and nephrotic syndrome.) to flush out water accumulated in his body. This creates a painful dilemma in me whether my interference in his health matters was just. As his son it was my moral duty to protect him. But I sometimes feel if I were not to interfere she would have put him to death long ago and thus he would have escaped from physical and mental torture quite early. Towards perhaps end of the month of March she withdrew medication. He got swollen suddenly and that condition continued till the last day i.e. 30th may 2007. Each time I visited I used to tell that witch to take him to hospital. But after a couple of visits I got convinced that she made up her mind this time to do away with him. I requested a bastard who was feigning to be a friend of mine, who incidentally happens to be a legal luminary of this region to send a doctor friend to that place and ascertain the exact condition of his health. But of no avail. I kept on telling him to come out of that place and lead a normal and healthy life. Her blackmail gained an upper hand and I lost in my efforts to restore health to him and bring him back to civilized society. O God pardon me for not being able to outmaneuver her machinations. Pardon me father. - - - - - My Father’s Story of Life WHO ARE THE HEIRS OF SESHENDRA SHARMA? The literary world is aware that my father Gunturu Seshendra Sarma, eminent poet, litterateur and scholar-critic, died on 30th may 2007. Ever since he expired, there has been no mention of his parents, family members and other personal details in the news and in the articles about him. Not only this, fictional lies are being spread and using money power one shady lady is being propagated as his wife and so on. This has been causing me, as his son, a great mental agony. That is why, through this article, I am revealing certain fundamental truths to the literary field of this country and the civilized society. I appeal to your conscience to uphold truth, justice and values of our composite culture. Seshendra Sharma’s family members are: Parents: Subrahmanyam Sharma, Ammaayamma; Wife: Janaki Daughters: Vasundhara, Revathi,Sons: Vanamali, Saatyaki. Only these two are legal heirs of Seshendra Sharma, socially and morally too. STREET PLAY AND CIRCUS In 1972, away from the civilized society, without the knowledge of parents and near and dear, in a far flung village called Halebeed in Karnataka a circus, a street play was staged. Let me make it clear that even after this street play my father did not divorce my mother Mrs. G.Janaki legally. He never had even a faint intention of committing such as uncivilized act. On the contrary, in all crucial Government documents he nominated my mother as his legal heir from time to time. During his long career as Municipal Commissioner with the Government of Andhra Pradesh, he retired 3 times. His first retirement came in 1975 by way of compulsory retirement for his anti estrablishment writings during Mrs. Gandhi’s emergency. His second retirement came in 1983 when the then new chief minister N.R. Rama Rao’s government reduced the age of service from 58 to 55 years. The third and final retirement in the year 1985 on attaining 58 years of age. On all these occasions, in all