Back
Dedicated to
Dennis Eugene Gerringer 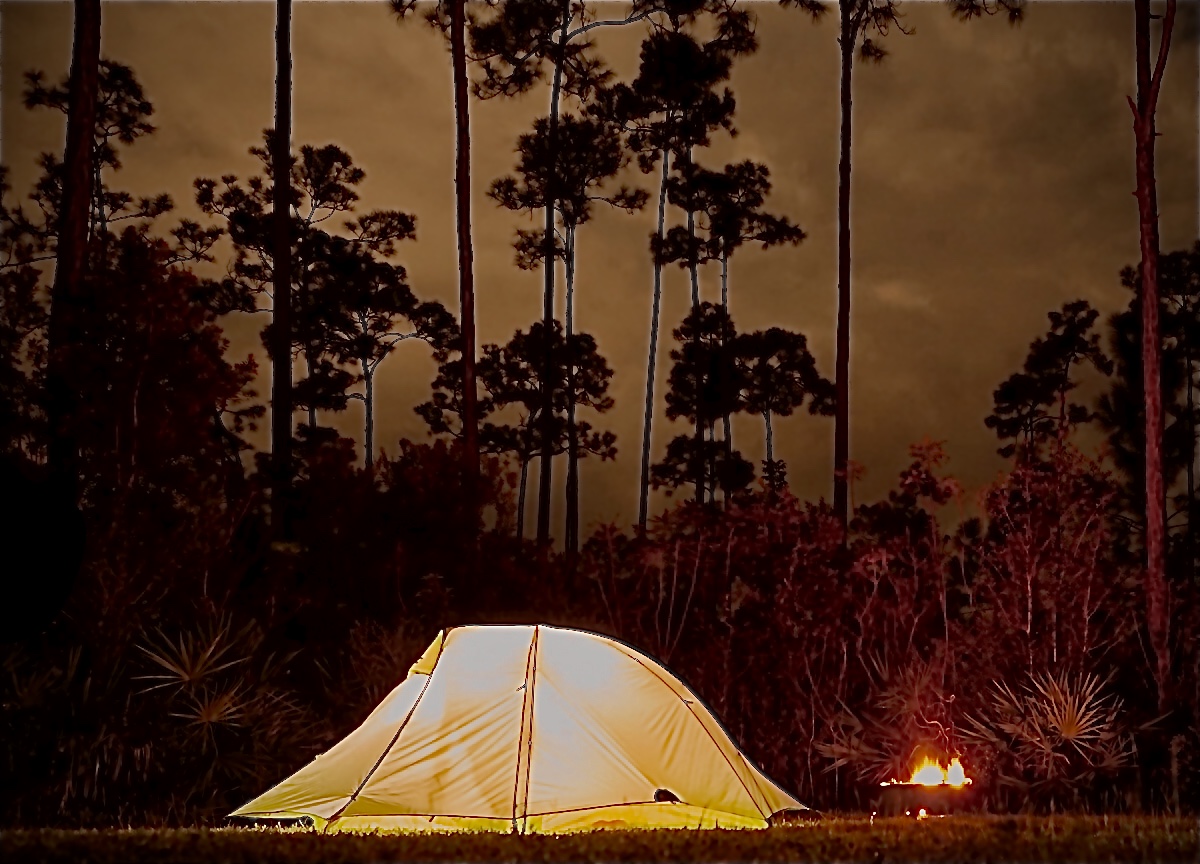 Drums in The Everglades

It was one of my very first camping trips, and my dad was our expert wilderness guide. He always had a love for the outdoors and camping in the Florida Everglades was a particularly special place to take it all in. I was probably 8 years old at the time & my sister was 9 when my dad first taught us how to fish in that humid, mosquito-ridden, swamp land. However, what really stood out from that first camping trip was the powerful communion with Native American spirits that occurred on one eery, dark night out in those unforgiving wilds. The only light that could be seen came from the bright moon above, and our small campfire on the ground below. My father had already drank a few beers when he began to recount a tragic story about a Native American tribe that once settled the lands we were presently resting upon. The tale ended with just a single tribesman surviving the terrible onslaught from foreign white settlers that had come and killed off his entire family & village while he was away on a hunting expedition. The lone survivor was heartbroken and full of rage upon returning to such devastation. He sought a furious revenge against these evil interlopers and any future invaders that dared trespass his territory. As soon as my father finished telling us this intense & somber story of woe, my sister and I heard a loud, primal scream come from the cypress trees that lined the back of our tent. It sounded quite human and left us shocked. As we peeked out the back window of our shelter in sheer fear, I saw what looked like dancing lights casting silhouettes among the ancient cypresses. Then matters became even more unsettling when the lights faded and we both started hearing the sounds of a steady, beating drum playing off in the distance. It sounded like something one would encounter at a pow wow and yet, these sounds came from no visible source. We looked at each other with confusion & terror, and by this point, my father was knocked out like a light. The sound of drums grew louder as it neared our tent, yet no one or thing could be seen outside. Then, just when it seemed to be banging right over our heads, the noise suddenly stopped. The night became silent once more and my sister and I laid awake for quite a while until we could find the peace to fall asleep. As morning broke and we finally awoke from what seemed like a dream, my father greeted us with a smile. He was oblivious to the tale he had spoken so intently and the scary events that had transpired the night prior. My sister and I recounted everything to him in excited detail, but his memory had been lost to the wilderness that evening. The only reasoning my father could come up with for what he had spoken yet not remembered was that while he was intoxicated, he served as a medium for the Native American spirits that once lived there and needed a voice to share their tragic history. That haunting trip and wild memory of my father will remain with me for many more moons to come.